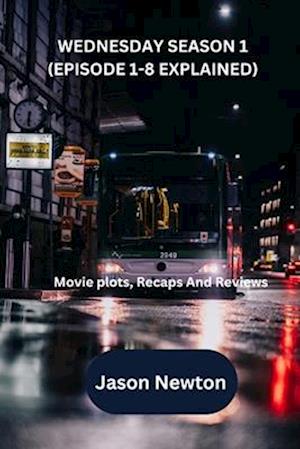 If you haven't heard of or seen Wednesday, Tim Burton's take on the cult classic Addams family, you've probably been living in a cave or on top of a mountain without access to the internet. The series has received a ton of social media attention since its premiere, so the hype is well-founded.

One of the best television offers of the year, according to many, is the recently launched Netflix series. On television, Wednesday Addams' acceptance into Nevermore Academy is seen. Wednesday is portrayed by the young and talented performer Jenna Ortega. Nevermore High is not your typical school, though. It is a school for outcasts who possess a variety of unusual talents. Each group establishes its clique, whether they are werewolves, vampires, sirens, or psychics, and Nevermore has them all.

Since Wednesday is Morticia and Gomez's kid, she is also not your typical adolescent. She is an independent woman who favors the color black and isn't hesitant to lash out at anyone who stands in her way. She has been returning since she despises losing.

Nevermore is not as depressing as Wednesday had feared, despite her initial discontent with changing schools. She battles to stop the monster from consuming the town's residents and children while also trying to solve a murder at the school.

One aspect that contributes to the show's cultural importance is its excellent casting. The actors who do a particularly good job of bringing these characters to life include Christina Ricci, Luis Guzman, Jenny Ortega, and Catherine Zeta-Jones (who portrayed a young Wednesday Addams in the Addams Family Values in 1993). Jenny Ortega, a master of the deadpan grin, was able to make Wednesday her own with her biting rejoinders.

Second, the show's attire is outstanding. The band's soft punk, daring attire, and gothic style sent fans into a frenzy. This tactic, which enhances the narrative and makes it more compelling and sympathetic, is something that the majority of the show's target audience would kill for.

Many videos of influencers and content creators attempting to dress like Wednesday did for the "Rave'N" dance party in episode four can be found on TikTok. Each of the figures emanates an air of effortless sophistication that enables spectators to spot their sense of style in each one. This merely increases the drama factor of the program.

Tim Burton is an accomplished director, there is no doubt that. He contributes his gothic aesthetic and wide range of horror stories to the presentation to give it a certain quality that only he could. The setting, photography, and plot of this program are all excellent.

Strangely, Wednesday succeeds in being both a comic and a sinister drama. You must see this series because of how perfectly everything is balanced and executed. The performance was unquestionably one of the best of the year.

Are you ready to learn about Wednesday's succinct, crystal-beautiful points? Then add this to your portfolio and see the beauty of it all.