- Power and Authority in the New World Order 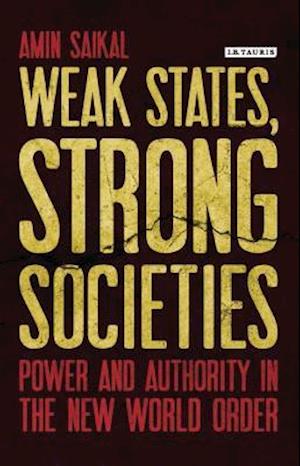 Since the disintegration of the Soviet Union and the end of the Cold War, the previously well-established organisation of world politics has been thrown into disarray. While during the Cold War, the bipolarity of the world gave other powers a defined structure within which to vie for power, influence and material wealth, the current global political landscape has been transformed by a diffusion of power. As a result, the world has seen the rise of sub-national or quasi-/non-state actors, such as Hezbollah, al-Qaeda and the movement that calls itself Islamic State, or ISIS. These dramatic geopolitical shifts have heavily impacted state-society relationships, power and authority in the international system. Weak States, Strong Societies analyses the effect of these developments on the new world order, arguing that the framework of 'weak state, strong society' appears even more applicable to the contemporary global landscape than it did during the Cold War. Focusing on a range of regional contexts, the book explores what constitutes a weak or strong state. It will be essential reading for specialists in politics and international relations, whether students or academic researchers.