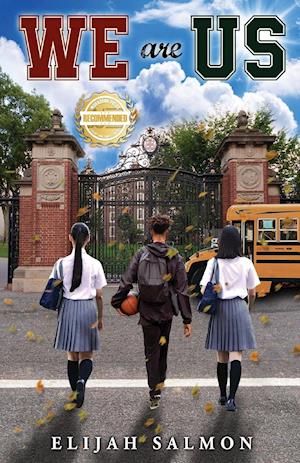 This novel is about 3 childhood friends that started playing mixed basketball together, until they had to separate in middle school. They had reunited in their 2nd year in High school by which Pisces had stopped playing mixed basketball. When they had bumped into each other, Pisces had denied the fact that he had knew who they were and ran away. Lora and Anne didn't want to believe that he really did forget them. So they kept trying to be around him and talk to him until they found out what happen to him in middle school. One day, they waited for him in front of his locker and when he appeared, they stepped infront of him and said, "Yin, I look at them and I see my two childhood friends and say No, No! It just a lapse in identity. You can't be. Lananora calls me Yin again I say, don't call me that". And he runs pass them, that's when it starts to rain and as he was reaching the front gate, he finds himself on the ground with Lananora holding herself up over him. He puts his hand on her face, looks into her eyes and says "You both really did dye both of your hairs". Pisces after being reunited with them, will he go back playing basketball or will he keep running?