Rice, E: We Are Rovers 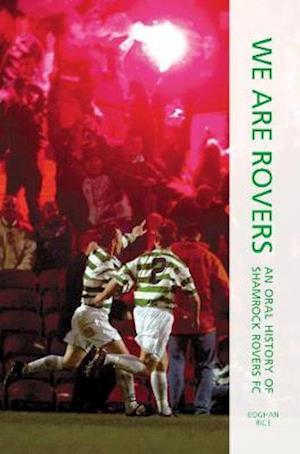 This book charts the history of Shamrock Rovers Football Club, the victories and defeats, the trials and tribulations, the highs and the lows written by a lifelong supporter and in the voice of its fan, managers, players and owners. Eoghan Rice is a journalist based in Dublin who has supported Rovers since childhood. Having become a supporter in 1990 he wrote this book to show that League of Ireland Football and Rovers in particular 'isn't a side-show, it is part of the global football narrative, just without the millionaire stars and twenty-four different camera angles.'It features: exclusive interviews with Louis Kilcoyne (Controversial former club Chairman) and Kathleen O'Hara (of The Quiet Man Etc.), a lifelong Rovers fan; nearly 100 images of the club, its players, managers, fans and notable events; and engaging and infectious tone.