We Are Not Slaves 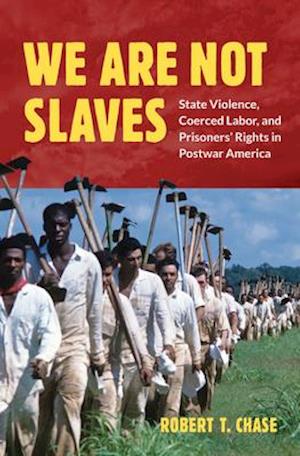 In the early twentieth century, the brutality of southern prisons became a national scandal. Prisoners toiled in grueling, violent conditions while housed in crude dormitories on what were effectively slave plantations. This system persisted until the 1940s when, led by Texas, southern states adopted northern prison design reforms. Texas presented the reforms to the public as modern, efficient, and disciplined. Inside prisons, however, the transition to penitentiary cells only made the endemic violence more secretive, intensifying the labor division that privileged some prisoners with the power to accelerate state-orchestrated brutality and the internal sex trade. Reformers' efforts had only made things worse--now it was up to the prisoners to fight for change.

Drawing from three decades of legal documents compiled by prisoners, Robert T. Chase narrates the struggle to change prison from within. Prisoners forged an alliance with the NAACP to contest the constitutionality of Texas prisons. Behind bars, a prisoner coalition of Chicano Movement and Black Power organizations publicized their deplorable conditions as "slaves of the state" and initiated a prison-made civil rights revolution and labor protest movement. Told from the vantage point of the prisoners themselves, this book highlights untold but devastatingly important truths about the histories of labor, civil rights, and politics in the United States.