"We Are in Charge Here"

- Inuit Self-Government and the Nunatsiavut Assembly 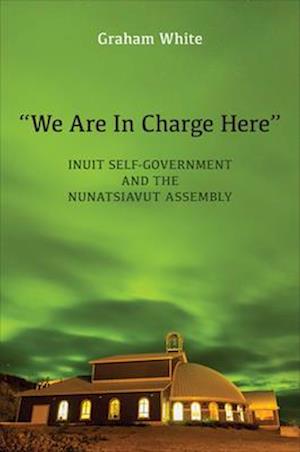 Powerful, innovative Indigenous self-governance regimes are increasingly important players in Canadian politics, but little academic work has been done on their structure, operation, and effectiveness. "We Are in Charge Here" examines the central institution of the most populous Indigenous self-governance regime in Canada, the elected Assembly of the Nunatsiavut Government.Nunatsiavut - "our beautiful land" in Inuktitut - was established in 2006 by a modern treaty between the Labrador Inuit and the Canadian state. Graham White offers a thorough observation of the Assembly, based on interviews with Assembly members and others involved in Nunatsiavut politics, observation of Assembly sessions, and a review of official documents, in order to provide a comprehensive picture of the Assembly, its members, and its operations. The book examines the Assembly's effectiveness in performing traditional legislative functions such as representation, policy making, and accountability. It addresses key concerns including executive-legislative power relations, Inuit influence on Assembly operations, and the Assembly's role in realizing self-government.Illuminating the intersection of Indigenous self-governance approaches and Western institutions, "We Are in Charge Here" will be of interest to political leaders, legislative officials, and academics concerned with the design and on-the-ground functioning of Indigenous self-government.