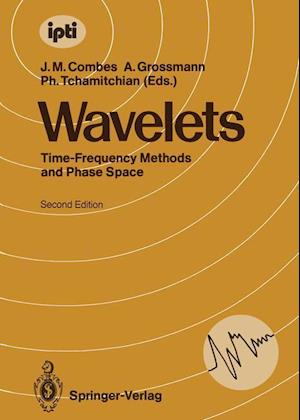 The last two subjects mentioned in the title "Wavelets, Time Frequency Methods and Phase Space" are so well established that they do not need any explanations. The first is related to them, but a short introduction is appropriate since the concept of wavelets emerged fairly recently. Roughly speaking, a wavelet decomposition is an expansion of an arbitrary function into smooth localized contributions labeled by a scale and a position pa rameter. Many of the ideas and techniques related to such expansions have existed for a long time and are widely used in mathematical analysis, theoretical physics and engineering. However, the rate of progress increased significantly when it was realized that these ideas could give rise to straightforward calculational methods applicable to different fields. The interdisciplinary structure (R.C.P. "Ondelettes") of the C.N.R.S. and help from the Societe Nationale Elf-Aquitaine greatly fostered these developments. The conference, the proceedings of which are contained in this volume, was held at the Centre National de Rencontres Mathematiques (C.N.R.M) in Marseille from December 14-18, 1987 and bought together an interdisciplinary mix of par ticipants. We hope that these proceedings will convey to the reader some of the excitement and flavor of the meeting.