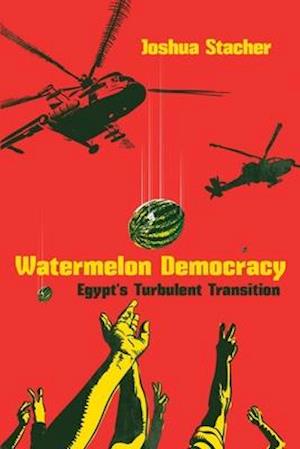 In Egypt, something that fails to live up to its advertised expectations is often called a watermelon: a grand promise that later turns out to be empty talk. The political transition in Egypt after protests overthrew Husni Mubarak in 2011 is one such watermelon. Stacher examines the uprising and its aftermath to show how the country's new ruling incumbents deferred the democratic dreams of the people of Egypt. At the same time, he lays out in meticulous fashion the circumstances that gave the army's well-armed and well-funded institution an advantage against its citizens during and after Egypt's turbulent transition. Stacher outlines the ways in which Egypt's military manipulated the country's empowering uprising into a nightmare situation that now counts as the most repressive period in Egypt's modern history. In particular, Stacher charts the opposition dynamics during uprisings, elections, state violence, and political economy to show the multiple ways autocratic state elites try to construct a new political regime on the ashes of a discredited one. As they encounter these different aspects working together as a larger process, readers come to grips with the totality of the military-led counterrevolution as well as understand why Egyptians rightfully feel they ended up living in a watermelon democracy.