Watching with My Heroes 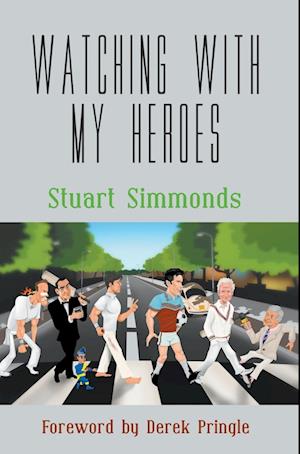 From the moment a hopelessly bored eleven year old boy watched Gower effortlessly pull his first ball in Test cricket for four, he instantly forgot the fact that West Ham were crap and had just been relegated and his life long love affair with cricket had begun.

These are the recollections of how being pretty good at bowling a hard red ball at three tall sticks in the ground has allowed Stuart Simmonds the chance to travel the cricketing world, play against some seriously good players, meet some very famous people and most importantly avoid having to ever get what can only be described as a normal, sensible job.

Written with huge amounts of charm, Stuart takes us on a journey around club grounds, county grounds, test grounds and an enormous amount of time coaching in playgrounds, all spent together with what seems like an awful lot of very entertaining people.

Any profits from this book will be distributed between local charities.

There are plenty of superstar autobiographies that tell you what its like to receive a standing ovation when you walk back through the pavilion at Lords, the Oval or the MCG having scored a brilliant hundred or a match winning bowling spell and of the boys on tour celebrations afterwards. This sadly, is not going to be one of those books.

This is the tale of someone living their sporting life in the surreal world between so called professional excellence and the so called charm of the village green. There without the slightest hint of glamour, with all the frustrations and the occasional triumphs of the top flight club circuit in Sussex and its regular visits to the seaside. There are also the recollections of the seasons spent playing and coaching overseas, trying to see if you really were any good after all.

Told with intelligence, humour and above all honesty, these are the memoirs of someone trying to make ends meet doing the things they love for a living, whilst occasionally bumping into somebody famous along the way.