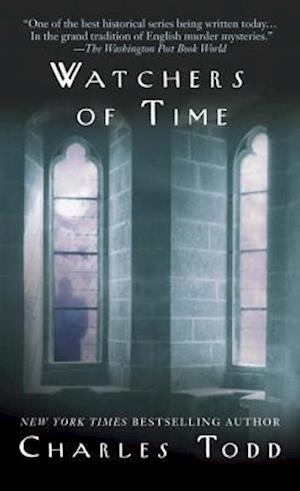 In a marshy Norfolk backwater, a priest is brutally murdered after giving a dying man last rites. For Scotland Yard's Ian Rutledge, an ex-officer still recovering from the trauma of war, it looks to be a simple case. Yet the Inspector finds himself uncovering secrets that the local authorities would prefer not to see explored. Rutledge pares away layers of deception to piece together a chain of events that stretches from the brooding marshes to one of the greatest sea disasters in history--the sinking of the Titanic. Who is the mysterious woman who may have boarded that ship--and who is the secretive woman who survived it? Only Rutledge can answer those questions . . . and prevent a killer who'll stop at nothing from striking again. Praise for Watchers of Time "One of the best historical series being written today . . . In the grand tradition of English murder mysteries."--The Washington Post Book World "With his tortured detective Ian Rutledge and the ghost who inhabits his mind . . . Charles Todd has swiftly become one of the most respected writers in the mystery genre. . . . The pair is unique among sleuths."--The Denver Post "Outstanding. Todd's portrait of Rutledge and postwar England remains powerful."--Alfred Hitchcock Mystery Magazine

Forfattere
Bibliotekernes beskrivelse When a priest is brutally murdered after giving a dying man last rites, Scotland Yard's Inspector Ian Rutledge, a former officer still recovering from the Great War, thinks it's a simple case. However, Rutledge uncovers secrets the local authorities would prefer not to see explored and pieces together a chain of events that stretches from the marshes of Norfolk to the sinking of the "Titanic." (August)