Watch for the Whirlwinds 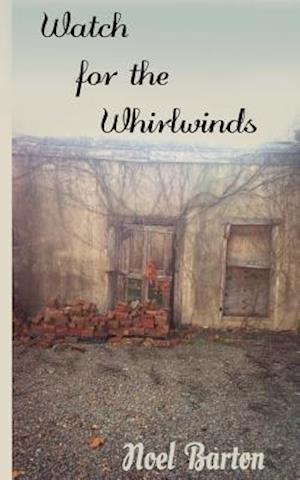 The untimely death of Meryl Jean Strom's mother forced her to evolve from a thirteen year old child who never had to pick up after herself, to one expected to do chores, work as a field hand and learn how to chop and pick cotton. Soon after cancer took her mother, Meryl's alcoholic father placed her in the care of his sixty-seven year old mother, allowing him to run from his problems, as usual. Meryl was somewhat dumped on her Grandmother's front porch with only her clothes, her potential, and a list of 'nevers' that she hoped to experience never again. Belt lashings from her drunken father, forced to wear boy's shoes because of her wide feet, and never being tormented again because her dress size had never matched her chronological age-topped her list. This heartwarming saga of a child who used the haunting dreams and scars of her young past as stair steps to rise to a better future, will offer encouragement to those sharing her story. How she dealt with the actual and emotional whirlwinds in her life will inspire the many other 'Meryl's' in the world who might also have a list of nevers. Your readers will go from blotting tears, to rolling with laughter, to cheering at the courage of this over-weight teen that changed her name, because Meryl all too conveniently rhymed with barrel. After all, Jean only rhymed with lean. The whirlwind experience in chapter five taught Meryl that there were many kinds of whirlwinds. Some could refresh you and others could almost suck the life out of you. An uninvited visitor, in the person of Nate McDougal, introduced her to another side of humanity that she had never known existed. Her Grandmother's honest approach provided closure to her many previously ignored questions and to those questions she hadn't before known to ask. Readers of any age, gender or background will find something to identify and reminisce about in Watch for the Whirlwinds. Encounters with guardian angels, a perverted chicken molester, a stinging worm and Meryl's unlikely rescuer, in addition to the mysterious death of Nate McDougal, will keep readers turning pages. The surprising revelation to Meryl's nightmares, will present your readers with a book that will remain in their memories, long after they have read the last page.