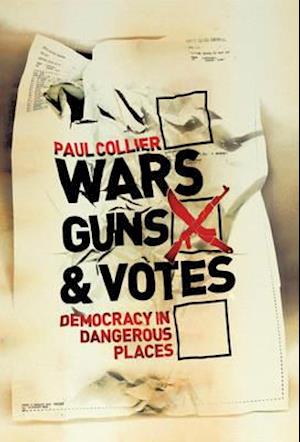 * In Wars, Guns and Votes, award-winning author Paul Collier investigates the violence and poverty in the countries at the bottom of the world economy that are home to a billion people. * A highly-regarded economist and expert on developing countries, Collier argues that the spread of elections and peace settlements in the world's most volatile countries may lead eventually to a brave new democratic world. In the meantime, though, nasty and protracted civil wars, military coups, and failing economies will plague the bottom billion - unless national sovereignty is curtailed and economic disciplines introduced. * Through innovative research and astute analysis, Collier provides an eye-opening assessment of the ethnic divisions and insecurity in the developing countries of Africa, Latin America, and Asia where the democratic process so often fails. * There have been many policy failures by the United States, the UK and other developed countries since the end of the Cold War, especially the reliance on pre-emptive military intervention, but Collier insists that these problems can and will be rectified. He persuasively outlines what must be done to bring long-term peace and stability.