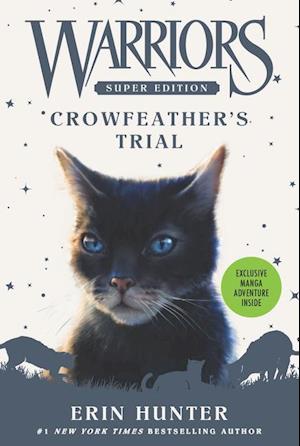 In this Super Edition, set just after the events of Omen of the Stars, WindClan warrior Crowfeather must conquer the ghosts of his past to make way for his Clan's future.

When a terrible threat rises within WindClan's territory, it heightens tensions that are already growing in the wake of the battle with the Dark Forest. Crowfeather is caught between his son, Breezepelt, and their Clanmates...but with the Clan in danger, the time for doubt is over.

Join the legion of fans who have discovered the epic adventures, fierce warrior cats, and thrilling fantasy world of the mega-bestselling Warriors series. This stand-alone entry is perfect for new readers and dedicated fans alike.