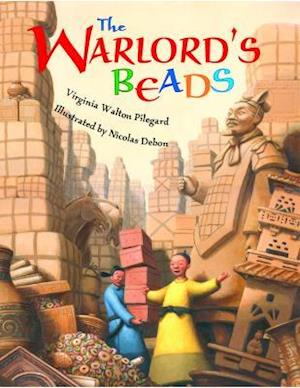 Chinese warlord. As a reward for his cleverness in solving the warlord 1/2s

puzzle, Father is given the job of tallying the warlord 1/2s

treasure--brilliant jewels, rich brocades, and spices from a thousand

lands. Life at the palace is luxurious but filled with so many

suspicious warlord to accuse him of stealing, and Father is about to lose

hope. Just in time, Chuan discovers a special use for the warlord 1/2s

lovely jade beads--a use that will help Father keep an accurate tally, and

cause the warlord to pronounce Chuan as clever as his Father.

concept of "base ten," various types of counting frames appeared

in China during the Middle Ages. The Warlord 1/2s Beads is a

well as the beauty and mystery of ancient China.

Forfattere
Bibliotekernes beskrivelse Clever young Chuan comes to the rescue of his father and in the process invents the abacus. Illustrations.