War, the State and International Law in Seventeenth-Century Europe 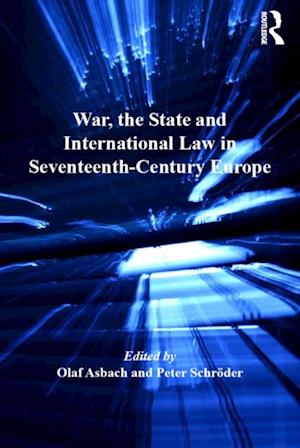 One of the great paradoxes of post-medieval Europe, is why instead of bringing peace to a disorganised and violent world, modernity instead produced a seemingly endless string of conflicts and social upheavals. Why was it that the foundation and institutionalisation of secured peace and the rule of law seemed to go hand-in-hand with the proliferation of war and the violation of individual and collective rights? In order to try to better understand such profound questions, this volume explores the history and theories of political thought of international relations in the seventeenth century, a period in which many of the defining features and boundaries of modern Europe where fixed and codified. With the discovery of the New World, and the fundamental impact of the Reformation, the complexity of international relations increased considerably. Reactions to these upheavals resulted in a range of responses intended to address the contradictions and conflicts of the anarchical society of states. Alongside the emergence of 'modern' international law, the equation of international relations with the state of nature, and the development of the 'balance of power', diplomatic procedures and commercial customs arose which shaped the emerging (and current) international system of states. Employing a multidisciplinary approach to address these issues, this volume brings together political scientists, philosophers, historians of political thought, jurists and scholars of international relations. What emerges is a certain tension between the different strands of research which allows for a fruitful new synthesis. In this respect the assembled essays in this volume offer a sophisticated and fresh account of the interactions of law, conflict and the nation state in an early-modern European context.