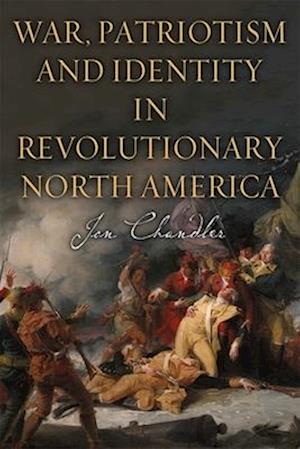 In spite of various and growing discontents, the British inhabitants of the thirteen North American colonies continued to see themselves as an integral part of the British imperial project right up to the beginning of the American Revolutionary War. By its end eight years later, a distinctive continental identity had developed, brought into being by the manifold stresses of internecine conflict.

The Continental Army emerged as the first embodiment of this national consciousness, and Jon Chandler's innovative study charts the various conflicting forces at work in this process. He shows how local and political allegiances were assimilated into a national ideal through various forms of print from newspapers to plays and pictures, and through public rituals of celebration and commemoration, but also how this continental turn was resisted not only by those who had least to gain from the new order - loyalists, slaves, Native Americans and civilians exposed to the worst excesses of the conflict - but also more surprisingly by elements within the army, which increasingly defined itself as a military community distinct from civil society. Nonetheless, as the war unfolded it was the ideas and rituals of the continent which most ordinary Americans absorbed and which would shape the national idealism of the early United States.

Forfattere
Bibliotekernes beskrivelse An intriguing study of the revolutionary army as a powerful and yet contested symbol of nascent national identity among the American colonies.