War over the Steppes 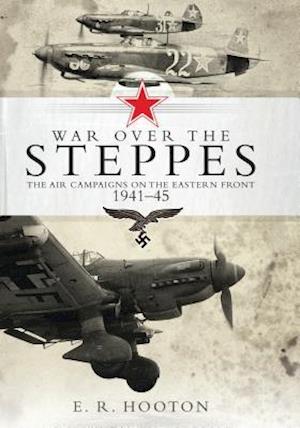 The air war over the Steppes was more than a brutal clash in which might alone triumphed. It was a conflict that saw tactical and technological innovation as the Soviet air force faced off against Herman Goering's Luftwaffe. As Germany and the Soviet Union battled for victory on the Eastern Front they had to overcome significant strategic and industrial problems, as well as fighting against the extreme weather conditions of the East. These factors combined with the huge array of aircraft used on the Eastern Front to create one of the most compelling conflicts of the war.Told primarily from the strategic and command perspective, this account offers a detailed analysis of this oft-overlooked air war, tracing the clashes between Germany and the Soviet Union over the course of World War II. Historical photographs complement the examination as author E. R. Hooton explores these epic aerial battles between the Third Reich and the Soviet Union.

Forfattere
Bibliotekernes beskrivelse This titanic clash between the pilots of the Third Reich and the Soviet Union from 1941 to 1945 remains one of the greatest conflicts in modern history. 60 b/w; 10 col