- The Struggle for World Power 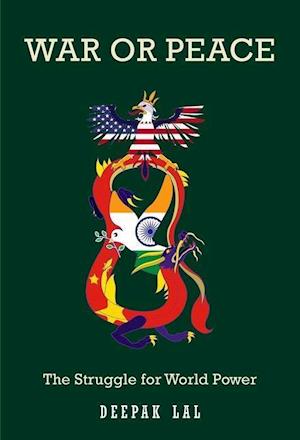 Bayes's theorem is a tool for assessing how probable evidence makes some hypothesis. The papers in this volume consider the worth and applicability of the theorem. Richard Swinburne sets out the philosophical issues. Elliott Sober argues that there are other criteria for assessing hypotheses. Colin Howson, Philip Dawid and John Earman consider how the theorem can be used in statistical science, in weighing evidence in criminal trials, and in assessing evidence forthe occurrence of miracles. David Miller argues for the worth of the probability calculus as a tool for measuring propensities in nature rather than the strength of evidence. The volume ends with the original paper containing the theorem, presented to the Royal Society in 1763.Recent advances in the brain sciences have dramatically improved our understanding of brain function. As we find out more and more about what makes us tick, we must stop and consider the ethical implications of this new found knowledge. Will having a new biology of the brain through imaging make us less responsible for our behavior and lose our free will? Should certain brain scan studies be disallowed on the basis of moral grounds? Why is the media so interested inreporting results of brain imaging studies? What ethical lessons from the past can best inform the future of brain imaging?These compelling questions and many more are tackled by a distinguished group of contributors to this volume on neuroethics. The wide range of disciplinary backgrounds that the authors represent, from neuroscience, bioethics and philosophy, to law, social and health care policy, education, religion and film, allow for profoundly insightful and provocative answers to these questions, and open up the door to a host of new ones. The contributions highlight the timeliness of modern neuroethicstoday, and assure the longevity and importance of neuroethics for generations to come.The Pax Americana--the global order established after the collapse of the Soviet Empire--is increasingly being challenged especially by former imperial behemoths China and Russia. There is a growing chorus questioning the so-called 'Washington Consensus' in favour of a 'Beijing Consensus' in economic policy. As the US ceases to be the sole superpower willing and able to maintain a global PAX, today there is an increasing global 'disorder'. This book is a study ofthe causes and consequences for this disorder, examining alternative claims for a desirable future economic policy.The book argues that the origin of this increasing disorder lie, in part, in the great economic recession of 2008 in the US, which has tarnished the free market based capitalism of the West. It goes on to debate that there are four major imperial systems which are and will be involved in the new 'Great Game' in Eurasia--the US and its European outpost--the EU, China, Russia and India and, potentially, Japan as it seeks to alter its post-war pacifist constitution to act like Britain did formany centuries, as the offshore balancer in the struggle for the mastery of Asia, either as a partner or independent of the US. Their strategic decisions will determine whether we will see a repeat of the past, with another completely unnecessary world war like the First World War, or if they willsucceed in eschewing this atavism.