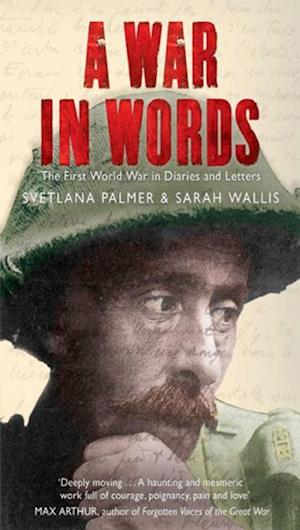 ';Deeply moving A haunting and mesmeric work full of courage, poignancy, pain and love' Max Arthur16th April, 1917 FranceMy dear Mother. I can only write a short letter this time, but hope I will be able to do so soon. I have not written a letter for over a week and a half as I have been in the trenches for 9 days, and it is impossible to write up there. You have no doubt heard before this of the big advance of the Canadians and the capture of Vimy Ridge. I was in the whole of that battle and it was Hell. A War in Words is the compelling and moving story of the First World War told through the letters and diaries of its participants -- whether men experiencing combat first hand in the muddy trenches of the Somme, women fighting the war at home or children writing about their hopes and fears for the future as war looms. Told from many different perspectives and featuring contributions from soldiers on both sides of the war, from the testimony of a Serbian teenager, one of Franz Ferdinands assassins, to the final entry from a French soldier as he revisits a battlefield in 1919, A War in Words provides intimate and honest insights into the lives of those caught up in the horrors and tragedies of the First World War.