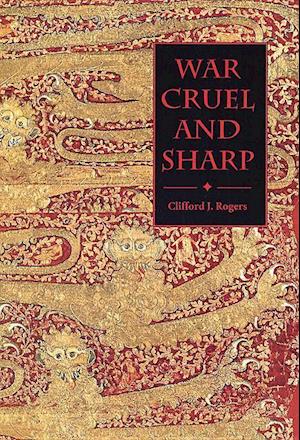 Contemporaries considered Edward III of England "the wisest and shrewdest warrior in the world", but he has not fared so well in the estimation of modern historians, many of whom have argued that he was a fine tactician but a poor strategist. This is despite the fact that by 1360 the English had become the foremost martial nation of Europe; that famous victories had been won at Dupplin Moor, Halidon Hill, Crecy, and Poitiers; and David II of Scotland and Jean II of France were Edward's prisoners, and the French, with the Treaty of Bretigny, had agreed to surrender a third of their kingdom to his sovereign rule in exchange for peace. In War Cruel and Sharp, Professor Rogers offers a powerfully argued and thoroughly researched reassessment of the military and political strategies which Edward III and the Black Prince employed to achieve this astounding result. Using a narrative framework, he makes the case that the Plantagenets' ultimate success came from adapting the strategy which Robert Bruce had used to force the 'Shameful Peace' on England in 1328. Unlike previous historians, he argues that the quest for decisive battle underlay Edward's strategy in every campaign he undertook, though the English also utilized sieges and ferocious devastation of the countryside to advance their war efforts. CLIFFORD J. ROGERS is Professor of History, United States Military Academy, West Point.

Forfattere
Bibliotekernes beskrivelse A close study of the military and political strategies of Edward III and the Black Prince, whose great victories had by 1360 made England the foremost martial nation of Europe.