War and the Politics of Identity in Ethiopia

- The Making of Enemies and Allies in the Horn of Africa 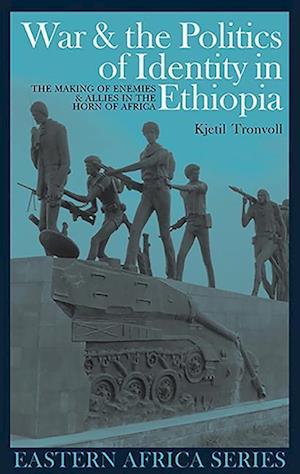 Images of war, narratives of suffering and notions of ethnicity are intrinsically linked to Western perceptions of Africa. Filtered through a mostly international media the information of African wars is confined to narrow categories of explanation emerging from and adapted to a Western history and political culture. This book aims at reversing this process; to look at war and suffering from the point of view of those who fight it and suffer through it. Indoing so it reveals that the simplistic models explaining contemporary wars in Africa which are reproduced in a Western discourse are basically false. This book examines the understanding of war and the impact of warfare onthe formation and conceptualisation of identities in Ethiopia. Building on historical trajectories of enemy images, the recent Eritean-Ethiopian war [1998-2000] is used as an empirical backdrop to explore war's formative impact, by analysing politics of identity and shifting perceptions of enemies and allies. KJETIL TRONVOLL is Professor in Human Rights, Peace and Conflict Studies at the Norwegian Centre for Human Rights, University of Oslo. Hisother publications include Brothers at War: Making Sense of the Eritrean-Ethiopian War (co-author; James Currey/Ohio University Press, 2000) and The Ethiopian Red Terror Trials: Transitional Justice Challenged (co-editor; James Currey 2009) .