indgår i serie Studies on the Nature of War 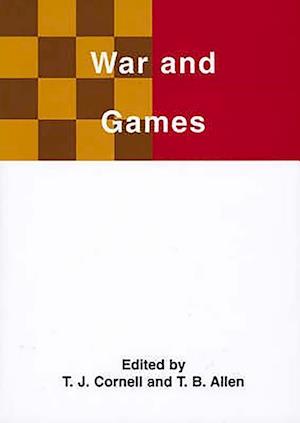 Out of the ten studies on war and games in this volume, the first five are historical, the next two are by anthropologists, and the last three concern modern war games. The purpose of this comparative study is to focus on the relationship between war and games by highlighting their differences and similarities in an effort better to understand the phenomenon of war. Americans and Europeans contribute studies on war and games in ancient Greece, the lack of military games in Byzantium, jousts in the middle ages, 'flower wars' and the Aztec and Maya ball game, games in pre-industrial societies and their relation to war, and aspects of computer and video games. Contributors T.B.ALLEN, T.J. CORNELL, M. HERMAN, BRUCE M. KNAUFT, C.M.MAZZUCCHI, P.A.G. SABIN, A.A. SHELTON, DAVID TURTON, T. ZOTZ.

Forfattere
Bibliotekernes beskrivelse These comparative studies focus on the relationship between war and games in an effort to achieve an understanding of the phenomenon of war, in order ultimately to avoid it.