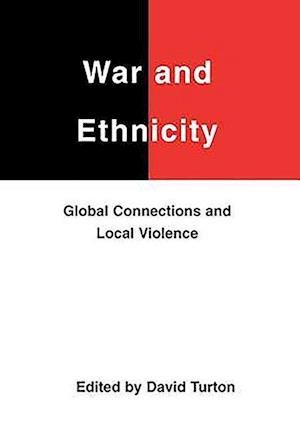 The great majority of today's wars take place within rather than between states and are often explained and justified by participants as the result of deep and ineradicable differences between "them" and "us". The contributors to this book, whose disciplinary backgrounds include history, political science, international relations and anthropology, explore the growing importance of such 'ethnic' differences in a world that is also becoming more unified, politically, economically and culturally. They discuss the causes of internal war, the techniques used by nationalist politicians and intellectuals to turn ethnicity into a powerful political resource, the response of the UN and of non-governmental agencies to such "complex" political emergencies as those in former Yugoslavia and Somalia and the constitutional strategies that can be used to acknowledge and accommodate ethnic diversity. Taken together, the papers demonstrate that the relationship between ethnicity and war is not a simple matter of cause and effect. Ethnic differences are not given in nature, ethnicity does not arise suddenly andspontaneously but only in specific historical circumstances and it is unlikely to become a lethal force in human affairs except through the deliberate calculation of political elites. DAVID TURTON is Director of the Refugee Studies Programme, University of Oxford. CONTRIBUTORS: TOM GALLAGHER, STEFAN TROEBST, THOMAS ZITELMANN, KLAUS JUERGEN GANTZEL, JAKOB ROESEL, HARRY GOULBOURNE, IOAN LEWIS, MARK DUFFIELD.

Forfattere
Bibliotekernes beskrivelse A valuable collection of articles, which should be widely read. DEVELOPMENT AND CHANGE Studies on war and violence in Bosnia, Somalia and other regions, their effect on ethnic minorities, and the intervention of political and other agencies.