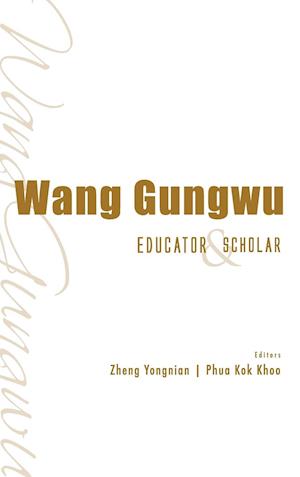 The name Wang Gungwu is iconic. He is one of the most eminent scholars and historians in Asia today and is renowned for his scholarship on the history of the Chinese diaspora in Southeast Asia, and the history and civilisation of China and Southeast Asia.A well-known scholar aside, Wang Gungwu has been an inspiring educator since he embarked on an academic career first at the University of Malaya and subsequently at the Australian National University before making his mark as vice chancellor of the University of Hong Kong from 1986 to 1995, chairman of the Institute of East Asian Political Economy from 1996 to 1997, and director of the East Asian Institute (EAI) of the National University of Singapore from 1997 to 2007.This book focuses on Wang Gungwu as an educator and scholar. The volume is organised into three parts. The first section highlights the writings of Wang in the field of higher education. There are 24 selected articles in this collection, many of which were previously published in prominent journals. Several essays originated as keynote speeches at conferences. Spanning over a period of more than three decades from 1971 (when he was with the Australian National University) to 2008 (when he was with the East Asian Institute), Wang shares in the essays his perspectives on a broad range of topics - the relationship between the university and community (both of which are not monolithic); the role of universities in Asia as global institutions; the benchmark of excellence in education in the Asia-Pacific region; the state of social science study in Asia; the shifting paradigms and their impact on research and writing; and the role of university in shaping modernity in Asia, etc. Despite the publication dates of yore, the issues discussed are not passe and are in fact of significant relevance to universities today.The second section contains a selection of over 50 books written and edited by Wang as well as those written in honour of him. The selection is not exhaustive but it serves as a quick reference guide for general readers to access the trove of Wang's works on Chinese diaspora and overseas Chinese; Chinese culture, history and civilisation; Chinese trade; maritime China; China's ideological battles; the Chinese Communist Party; China's political economy; China's reform; China's external relations; China and the new international order; Chinese world order; migration; nation-building; Hong Kong; Malaya; Malaysia; and, the Iraq War, etc.The third section provides a detailed chronology of Wang Gungwu's life and his illustrious academic career. Born in Java, brought up in what was then British Malaya, and having lived under Dutch and British colonial administration, the Japanese occupation, the Chinese revolution and the newly independent countries of Malaysia and Singapore, Wang's extraordinary set of experiences have enriched his writings as one of the leading historians of China and the doyen of scholarship on the Chinese communities of Southeast Asia.