- A Remarkable Tale of an Extraordinary Woman 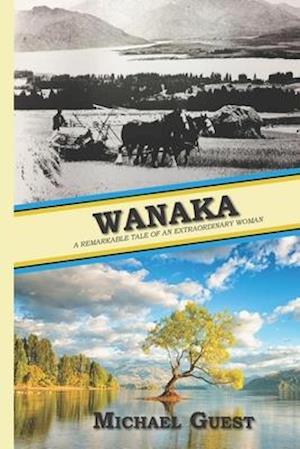 New Zealand has one living person aged 107 and just over 500 centenarians, all in various states of disrepair. Grandma Bo is certainly not one of them For 70 years she farmed a magnificent sheep and cattle run in the high country of New Zealand nestled beside the Southern Alps beside Lake Wanaka. She also founded and operated forestry and fruit businesses as well as gold recovery ventures. She was known as Bo, and latterly Grandma Bo, after her ferocious middle name of Boadicea who was the warrior Queen of Roman occupied Britain. The similarity between the two women had not gone unnoticed by all who knew her. The novel spans the entire 10 1/2 decades of her extraordinary life.It is the fictional story of an extraordinary woman who lived and worked in the Central Otago region of southern New Zealand for 105 years before her death in 2016. Her extraordinary talents, skills and adventures range over the full 105 years of her life. During her early life, she experienced the tragedies of the first Great War. In the Second World War Bo flew fighters and bombers for the Air Transport Auxiliary in England on delivery to RAF bases. The book is divided into ten Parts, each covering a decade of her life.