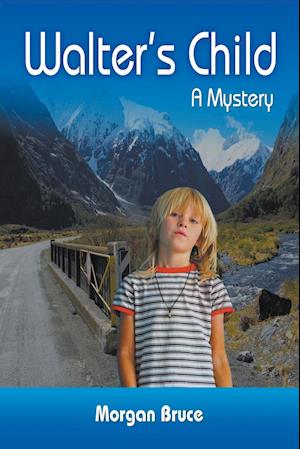 For Police Sergeant Roger Maddox, the morning’s work at his small rural police station of Westford has amounted to the usual slow routine. If not for its rather remote location, the station would have been amalgamated with the nearby district of Hokitika years ago.

On this particular Tuesday in the rather small township, located mid-way down the west coast of the South Island of New Zealand, a small boy wanders into the station and quietly announces:  “My … my name is Rabbit. Walter told me to come here and tell you my name. I need to find some parents.”

Sergeant Maddox is at first a little bemused by the name and strangeness of the situation, thinking it just a simple case of a lost child. But the facts soon prove otherwise. Especially when this slight, ‘almost eleven-year-old” boy turns out to be the spitting image of a seven-year-old who was presumed drowned in an alpine river over fourteen years ago.

Morgan Bruce lived most of his life in West Auckland, New Zealand. Now retired, he was a music teacher and a performer for 44 years, which is why music plays a large role in his writing. This is his 11th book.