- 'The Love of Comrades' 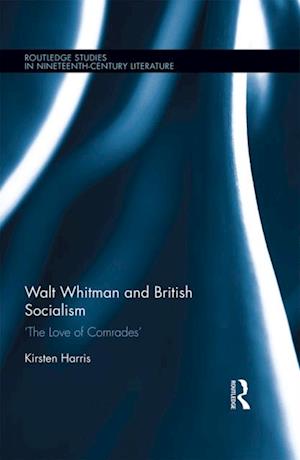 This is the first sustained examination of Walt Whitman's influence on British socialism. Harris combines a contextual historical study of Whitman's reception with focused close readings of a variety of poems, books, articles, letters and speeches. She calls attention to Whitman's own demand for the reader to 'himself or herself construct indeed the poem, argument, history, metaphysical essay', linking Whitman's general comments about active reading to specific cases of his fin de siecle British socialist readership. These include the editorial aims behind the Whitman selections published by William Michael Rossetti, Ernest Rhys, and W. T. Stead and the ways that Whitman was interpreted and appropriated in a wide range of grassroots texts produced by individuals or groups who responded to Whitman and his poetry publicly in socialist circles.Harris makes full use of material from the C. F. Sixsmith and J. W. Wallace and the Bolton Whitman Fellowship collections at John Rylands, the Edward Carpenter collection in the Sheffield Archives, and the Archives of Swan Sonnenschein & Co. at the University of Reading. Much of this archive material - little of which is currently available in digital form - is discussed here in full for the first time. Accordingly, this study will appeal to those with interest in the archival history of nineteenth-century literary culture, as well as the connections to be made between literary and political culture of this era more generally.