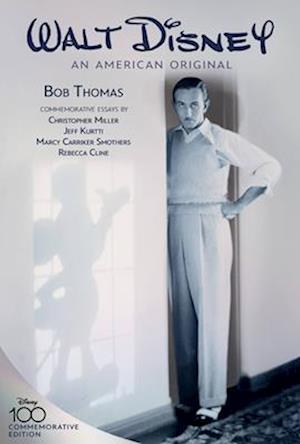 The Walt Disney Company honors its 100th anniversary in 2023. As part of the festivities, this must-have biography tells the story of Walt Disney's life--told as no other book can! Walt Disney is an American hero. From Mickey Mouse to Disneyland, he changed the face of American culture. His is a success story like no other: a man who developed animated film into an art form and made a massive contribution to the folklore of the world. After years of research, respected Hollywood biographer Bob Thomas produced a definitive biography of the man behind the legend of Disney: the unschooled cartoonist from Kansas City who when bankrupt on his first movie venture and developed into the genius who produced unmatched works of animation, and ultimately was the creative spirit of an international entertainment empire that has enchanted generations.

Complete with a collection of rare photographs, Walt Disney: An American Original is a fascinating and inspirational work that captures the spirit of Walt Disney.

Searching for more ways to connect with the Disney Parks and films? Explore these books from Disney Editions: