indgår i serie Such a Colorful Feeling 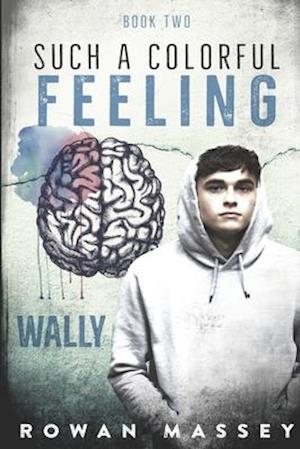 Most people thought our drug made us into freaks, but I say it made us happier than any other bunch of freaks in the world.Part of the town of Emporium's homeless since he was twelve and a drug addict just as long, fifteen-year-old Wally spends his days barely surviving, and his nights dancing while high and blood-soaked.When a new dealer shows up in place of their old one, Wally is immediately attracted and finds himself with the possibility of his first boyfriend. On the same night, the man he knows as Doc asks him if he'd like a job in a research lab.The money is good, his new romance is developing quickly, and everything in life seems better than ever, but the new people in his life will bring more chaos into his world than he ever could have imagined. There are changes and dangers around every corner, war is brewing in Emporium, and Wally is torn in two directions while wanting only peace for those he loves.This is a dark series that doesn't hold back on the tragedy. You have been warned. Although other books in this series fit the romance genre, this one does not. None of them can be read as a stand-alone novel.