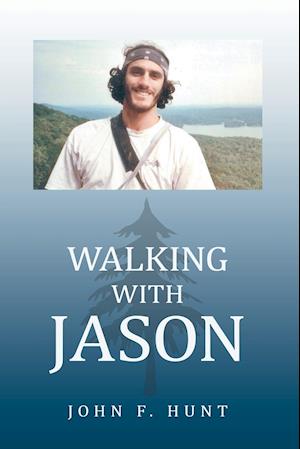 John Hunt is a kind and gregarious man. His eyes twinkle and his face beams. He is a retired businessman and still retains that drive. I met John the summer of 2000. He came for the graduation ceremony of the crew of students that Jason had led, and we talked. Jason had a difficult course which is common for new instructors. The next summer Jason emerged as a solid leader and had a wonderful course. Several months later while on a climbing vacation in British Columbia Jason took a tragic fall. His family's reaction was to create a foundation in Jason's name that supported his love of the outdoors. The Jason William Hunt Foundation had had tremendous impact on many people especially young people in transition who want to expand their horizons. This happens in an outdoor setting lead by instructors like Jason. It happens every summer at the Wilderness School. John's only son, Jason, will forever be twenty-four years old. My son John is twenty-five. Our sons like many young men seek adventure. Parents care deeply about their children and the fear of losing a child dwells in all of us. How does a parent cope with the tragic loss of their beloved child? Walking with Jason is a quest to trace Jason's brief life as a young man. John becomes the youthful adventurer and visits Jason's world. John seemingly falls through the looking glass and discovers a mysterious and wonderful world inhabited by troubled adolescents, craggy Thru-hikers, idealistic outdoor leaders and others who visit nature's realm. Ultimately John's odyssey is a very personal journey of self-discovery and gives us a compass bearing on how to deal with the sudden loss of a child. I will forever be connected to Jason, Danielle, Amy, Rosemarie and John. Thank you for generous hearts and concern for youth. Tom Dyer, L.C.S.W. Instructor 1980 - 1983 Director Youth Wilderness School 1983-2009 Founding Director Wilderness School, East Hartland, CT 1990