indgår i serie Women of the Otherworld 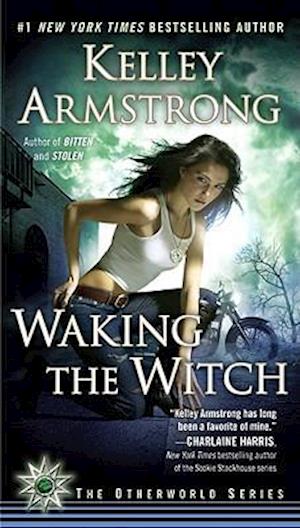 Columbus is a small town, untouched by the 21st century. But when three young women are found dead - victims of what appear to be ritual murders - things start to get very dark and dangerous. Private investigator Savannah Levine can handle "dark and dangerous." As the daughter of a black witch, she has a lot of power running through her veins. But her arrival in Columbus has not gone unnoticed. Savannah may think she's tracking down a murderer, but could she be the killer's next target? Of course she could always ask her old friend (and half-demon) Adam Vasic for back up. But Savannah has her own reasons for keeping Adam well away from Columbus. And in any case, she can rely on her own powers... Waking the Witch, the 11th book in the Women of the Otherworld series, is a novel of gritty suspense and tingling build-up, culminating in a fast-paced and revelatory conclusion that is not to be missed.

Forfattere
Bibliotekernes beskrivelse One of the most popular writers of paranormal fiction and a #1 "New York Times"-bestselling author returns with a rollicking new novel in her Otherworld series.