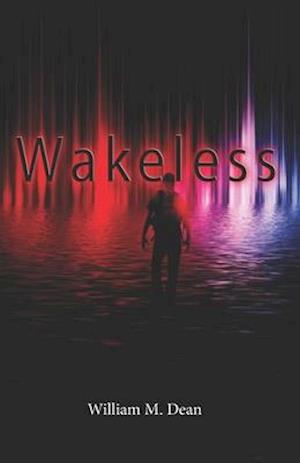 Wakeless is a gritty police procedural fused with straight-up sci-fi action/adventure-Michael Connelly meets Isaac Asimov.Victoria, BC, Canada, 2047: It's a world of augmented reality in which artificially intelligent virtual assistants are common, and humanoid robots have recently become available to the average consumer.Constable Joseph Sault is out of touch with his children, losing his wife to another man and his father to dementia, and constantly in trouble with his superiors. Feeling isolated and powerless, he finds solace only in his work. It's a shaky balance that probably isn't really working.For Sault, more trouble begins with a simple question about an apparent traffic accident: How could a small, autonomous car on a lonely stretch of road sustain so much damage? Answers prove elusive, questions keep piling up, and he soon finds himself in the middle of what might be an international incident.Then, when the prime suspect turns out to be his wife's employer, his work and personal life collide.Cornered and out of options, Sault is forced to risk everything in a desperate bid to outwit the man who has the world's most powerful artificial intelligence at his command.