Waiting on the Opposite Stage 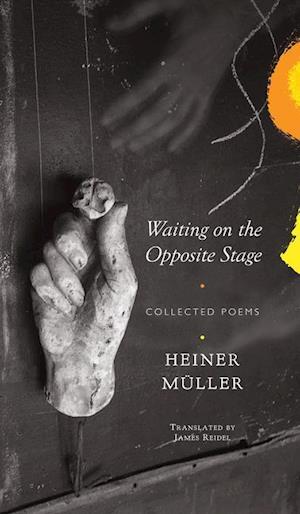 With poignancy and skill, Heiner M ller's Waiting on the Opposite Stage comprises a personal retelling not only of post-war German history but also of the communist spirit and pathos that gave rise to the Berlin Wall and its fall. The overarching irony of this book is that the author witnessed the rise of his fame due to his country's ruin. M ller, whose creative life spanned the existence of East Germany, is best known today for his play Die Hamletmachine, which established him as the successor to Bertolt Brecht and gained him international recognition as a post-dramatic playwright. Waiting on the Opposite Stage reveals M ller as a poet, which he chiefly was during his time.

Arranged in four parts, this book collects over 400 poems written from 1949 to 1995, including a section with the poet's unpublished drafts and fragments. With helpful notes and an extensive afterword on M ller's life and work, James Reidel has carefully preserved the layout of the original German poems with his translations. In verse and prose poetry, this important collection ranges from paeans to Stalin to M ller's self-awareness of his own human scale and fame to his final eloquent months, when his creative life was cut short by cancer.