Waiting for the Vote of the Wild Animals 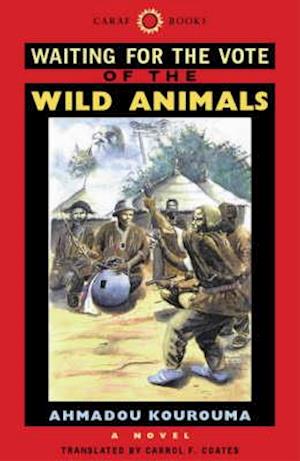 Characterized as "the African Voltaire," Ahmadou Kourouma garnered enormous critical and popular praise upon the 1998 release of his third novel, En attendant le vote des b tes sauvages. Kourouma received the Prix des Tropiques, among other prestigious prizes, for that book, and the French edition went on to sell 100,000 copies.

Carrol F. Coates's translation, Waiting for the Vote of the Wild Animals, introduces English-language audiences to Kourouma's irreverent view of the machinations of the African dictators who played the West against the East during the thirty years of the cold war. Profiting from western financial support, the dictators built palaces, shrines, and hunting preserves for their personal gratification as they paraded about with numerous mistresses, marabouts, and advisers. In the style of a s r who sings the praises of the thirty-year career of the master hunter and president Koyaga (a fictionalized Gnassingb Eyadema of Togo) readers are treated to a brief overview of the French colonization of the "Naked people," hunters in West African mountain country, followed by the account of Koyaga's assumption of power through treachery, assassination, and sorcery. In an interview Kourouma noted the Togolese assumption that if the people did not turn out to vote for Eyadema in the democratic elections following the cold war, the wild animals would come out of the forest to vote for him. The novel ends with an apocalyptic stampede, although the animals are probably fleeing a bush conflagration rather than running to the polls.