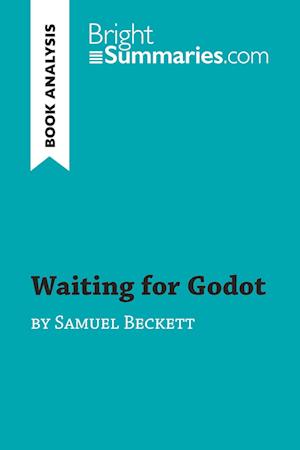 Unlock the more straightforward side of Waiting for Godot with this concise and insightful summary and analysis!

This engaging summary presents an analysis of Waiting for Godot by Samuel Beckett, a play which follows a pair of tramps over two days of their lives as they wait for a mysterious man called Godot. Nothing else really happens, and that is exactly the point of play: through the somewhat ridiculous protagonists and the complete lack of action in Waiting for Godot, Beckett points out that life itself has no meaning, and we spend most of it waiting for something - or someone - to come along and change this. Premiered in Paris in 1953, Waiting for Godot met with astonishing success, and has since been the subject of various different interpretations and even been voted "most significant English language play of the 20th century" according to a poll conducted by the British Royal National Theatre. Although Beckett wrote the French version of his play before its English counterpart, he was actually born in Ireland. He spent most of his life in Paris, and is regarded as one of the most prominent writers of the 20th century, as well as one of the most important dramatists of the Theatre of the Absurd.

Find out everything you need to know about Waiting for Godot in a fraction of the time!

This in-depth and informative reading guide brings you:

Available in print and digital format, our publications are designed to accompany you on your reading journey. The clear and concise style makes for easy understanding, providing the perfect opportunity to improve your literary knowledge in no time.

See the very best of literature in a whole new light with BrightSummaries.com!