indgår i serie Waffen SS Knights and Their Battles 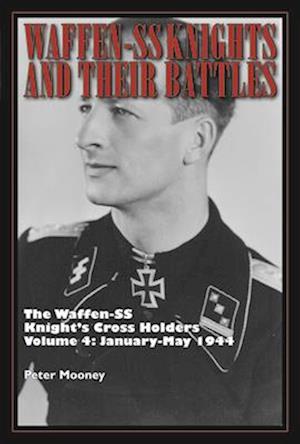 This book continues with the overview of the Waffen-SS units that fought during WWII. It follows each unit as it was raised and then where it fought. Within each of the various battles covered, the book focuses specifically on each Waffen-SS soldier that was awarded the Knights Cross to the Iron Cross (and higher grades where applicable). This volume covers the period January to May 1944 and features 45 Knight's Cross, 7 Oakleaves, 3 Swords and the first Diamonds awardees. It was written with the help of surviving Knight's Cross holders and Waffen-SS soldiers that fought alongside them. Original maps will help the reader see the significance of each battle and the part played by the various Waffen-SS Knight's Cross awardees. This fourth volume contains a foreword by Karl-Heinz Euling (Awarded the Knights Cross while serving with the 10th SS-Panzer Division Frundsberg).