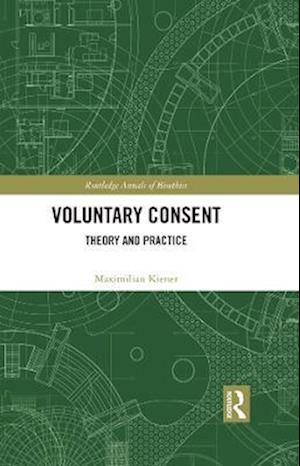 Voluntariness is a necessary condition of valid consent. But determining whether a person consented voluntarily can be difficult, especially when people are subjected to coercion or manipulation, placed in a situation with no acceptable alternative other than to consent to something, or find themselves in an abusive relationship.This book presents a novel view on the voluntariness of consent, especially medical consent, which the author calls Interpersonal Consenter-Consentee Justification (ICCJ). According to this view, consent is voluntary if and only if the process by which it has been obtained aligns with specific principles of interpersonal justification. ICCJ is distinctive because it explains voluntary consent neither as a 'psychological' concept indicative of the inner states of a person's mind (e.g. willingness or reluctance) nor as a 'circumstantial' concept indicative of a person's set of options. Rather, ICCJ explains the voluntariness of consent as an 'interpersonal' concept focusing on the interaction between the person giving consent and the person receiving it and requiring the absence of illegitimate control by the consent-receiver. In so doing, ICCJ further develops the notion of interpersonal justification, known from contractualist theories in moral philosophy, and introduces it to the debate on consent. The author employs a top-down approach, defending ICCJ's key characteristics on the basis of general theoretical arguments, as well as a bottom-up approach, supporting ICCJ in its application to clinical challenges such as nudging and manipulation, living organ donation, and clinical trials.Voluntary Consent will appeal to researchers and advanced students in normative ethics, bioethics, philosophy of law, behavioural psychology, and medicine.