- Inquisition, Social Criticism and Theology in the Case of El Criticon 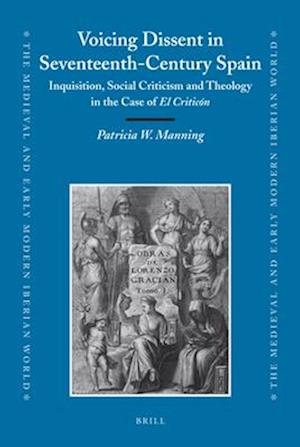 Although the Spanish Inquisition looms large in many conceptions of the early modern Hispanic world, relatively few studies have been made of the Spanish state and Inquisition's approach to book censorship in the seventeenth century. Merging archival and rare book research with a case study of the fiction of Baltasar Gracian, this book argues that privileged authors, like the Jesuit Gracian, circumvented publication strictures that were meant to ensure that printed materials conformed to the standards of Catholicism and supported the goals of the absolute monarchy. In contrast to some elite authors who composed readily transparent critiques of authorities and encountered difficulties with the state and Inquisition, others, like Gracian, made their criticisms covertly in complicated texts like El Criticon.