Voices of the Nation 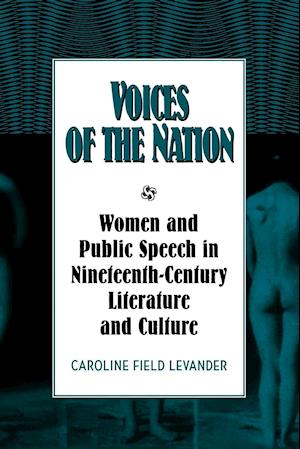 Throughout the nineteenth century, American fiction displayed a fascination with women's speech - describing how women's voices sound, what happens when women speak and what reactions their speech produces, especially in their male listeners. Voices of the Nation argues that closer inspection of these recurring descriptions also performed political work that has had a profound - though unspecified to date - impact on American culture. Commentaries on the female voice were propounded by writers such as Henry James, William Dean Howells and Noah Webster, and these texts played a central role in attempts to define and enforce the radical social changes instituted by the emerging bourgeoisie.