- A Charter for the Avant-Garde 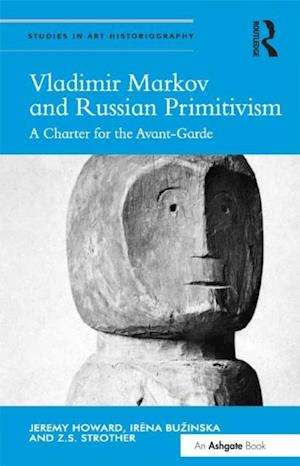 Hailed as a brilliant theoretician, Voldemars Matvejs (best known by his pen name Vladimir Markov) was a Latvian artist who spearheaded the Union of Youth, a dynamic group championing artistic change in Russia, 1910-14. His work had a formative impact on Malevich, Tatlin, and the Constructivists before it was censored during the era of Soviet realism. This volume introduces Markov as an innovative and pioneering art photographer and assembles, for the first time, five of his most important essays. The translations of these hard-to-find texts are fresh, unabridged, and authentically poetic. Critical essays by Jeremy Howard and Irena Buzinska situate his work in the larger phenomenon of Russian 'primitivism', i.e. the search for the primal. This book challenges hardening narratives of primitivism by reexamining the enthusiasm for world art in the early modern period from the perspective of Russia rather than Western Europe. Markov composed what may be the first book on African art and Z.S. Strother analyzes both the text and its photographs for their unique interpretation of West African sculpture as a Kantian 'play of masses and weights'. The book will appeal to students of modernism, orientalism, 'primitivism', historiography, African art, and the history of the photography of sculpture.