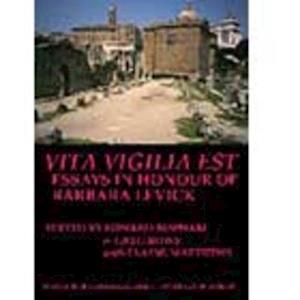 The new millennium sees both Pliny the Elder and his massive encyclopaedic Natural History being studied more seriously and holistically than at any time in the preceding century. The essays in this volume, which honour the seminal work of Barbara Levick on the politics and society of imperial Rome, above all in the period of Pliny's life and literary activity further this re-assessment. They consider aspects of Pliny's life and output which have not so far received serious attention. These include his value as a source for the kings of Rome and their achievements; his attitude to astronomy and natural wonders, to gentilician commemoration, philosophical sects, Roman dress and coinage; and his moral judgements on the fall of the Republic. The essays consider the ideological climate of the Flavian period, as reflected not only in Pliny's attitude to the past, but in his construction of Rome and Italy, and his relationship to contemporary writers like Licinius Mucianus. Pliny emerges clearly as a major literary and cultural figure of the early Empire.