- Book 2 of the Cainsville Series 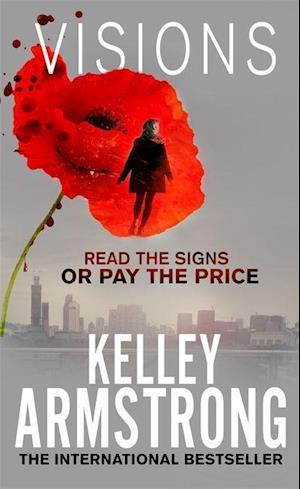 'Fast-paced and mysterious.' - USA Today'[The] chilling ending leaves just enough unresolved to hook readers for the next instalment.' - Publishers WeeklyOlivia Jones is smart, capable, loyal... and the daughter of convicted serial killers. Taking refuge in the mysterious town of Cainsville, she is busy investigating her parent's case. But when the body of a missing girl is dumped in her car, she is forced to change tack. Trouble is, there's only one person who can help her - the charismatic, morally ambiguous lawyer Gabriel Walsh. The one man she has sworn never to trust again. Gabriel and Olivia are convinced that the killer is still at large in Cainsville. But secrets have a habit of staying buried in this eerily friendly town. And digging too deep has deadly consequences... A twisting and atmospheric standalone thriller, Visions is also book two in Kelley Armstrong's Cainsville series. Books by Kelley Armstrong: Women of the Otherworld series Bitten Stolen Dime Store Magic Industrial Magic Haunted Broken No Humans Involved Personal Demon Living with the Dead Frost Bitten Walking the Witch Spellbound Thirteen Nadia Stafford Exit Strategy Made to be Broken Wild Justice Rockton City of the Lost A Darkness Absolute This Fallen Prey Watcher in the Woods Alone in the Wild Darkest Powers The Summoning The Awakening The Reckoning Otherworld Tales Men of the Otherworld Tales of the Otherworld Otherworld Nights Otherworld Secrets Otherworld Chills Darkness Rising The Gathering The Calling The Rising Cainsville Omens Visions Deceptions Betrayals Rituals

Forfattere
Bibliotekernes beskrivelse A GIRL WITH A SECRET. A TOWN WITH A PAST. A KILLER WITHOUT MERCY.