- The New Psychology of Body Language 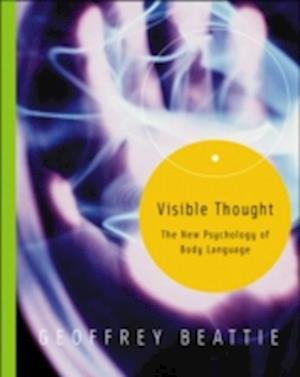 Are you saying one thing whilst your hands reveal another? Are you influenced by other people's body language without even knowing it? Darting through examples found anywhere from the controlled psychology laboratory to modern advertising and the Big Brother TV phenomenon, official Big Brother psychologist Geoffrey Beattie takes on the issue of what our everyday gestures mean and how they affect our relationships with other people. For a long time psychologists have misunderstood body language as an emotional nonverbal side effect. In this book Geoffrey Beattie ranges across the history of communication from Cicero to Chomsky to demonstrate that by adding to or even contradicting what we say, gestures literally make our true thoughts visible. A unique blend of popular examples and scientific research presented in language that everybody can understand, Visible Thought is an accessible and groundbreaking text that will appeal to those interested in social psychology and anyone who wants to delve beneath the surface of human interaction. Geoffrey Beattie is the official Big Brother psychologist and Professor at the Department of Psychology, University of Manchester. He is a recipient of the Spearman Medal awarded by the British Psychological Society for 'published psychological work of outstanding merit'.

Forfattere
Bibliotekernes beskrivelse Geoffrey Beattie, the official "Big Brother" psychologist, shows how being a psychologist helped him gain insights into the link between voice and gesture - saying one thing whilst meaning another.