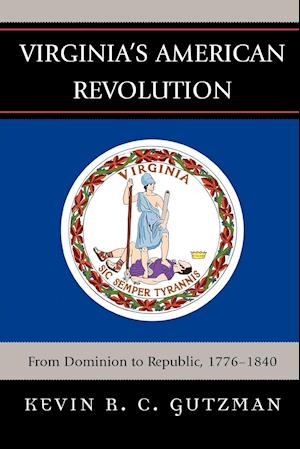 Virginia's American Revolution follows the Virginia revolutionaries from their decision for independence on May 15, 1776, through the following 60 years_when the last of them finally passed from the scene. To their surprise, the decision to break with Great Britain entailed reconsideration of virtually all of their major political and social institutions, from the established church, their aristocratic state government, and feudal land tenures to slavery and their federal relations with the other American states. Some of these issues, such as the place of the Church of England in the newly republican Virginia, received quick resolutions; others, such as the nature of the relationship between the elite and other men, were not so easily decided. All of them were considered against the backdrop of Virginia's decline from preeminence in the Revolution and early Republic to the position of just another state in the age of Jackson. By following Virginia's American Revolution from start to finish, this account shows why so many revolutionaries in the Old Dominion died doubting that their great struggle had been worth the effort.