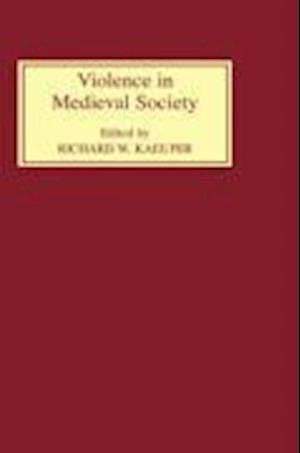 Violence was endemic in the medieval world, to an extent most modern people find shocking. Violence was part and parcel of the public world of institutions [church, state, chivalry] and the private world of households. In an age of dynamic expansion it was present everywhere, and contemporary response to it was contradictory: it was both wrong and at the same time a regulatory feature of society. This book brings together the views of a number of scholars on aspects of violence in medieval society, in England and the larger canvas of western Europe, from the eleventh to the fifteenth century. There is analysis of the tension between the practice of violence and hopes for reform; discussion of violence in literature; examination of assertive political acts and judicial duels and tournaments; and observations on the domestic scene and resistance to seigneurial impositions. Professor RICHARD W. KAEUPER teaches in the Department of History at the University of Rochester. Contributors: SARAH KAY, RICHARD W. KAEUPER, MATTHEW STRICKLAND, SEYMOUR PHILLIPS, M.L. BOHNA, PAUL HYAMS, AMY PHELAN, JULIET VALE, MALCOLM VALE, JAMES A. BRUNDAGE, BARBARA A. HANAWALT, EDMUND FRYDE