Violence and the German Soldier in the Great War 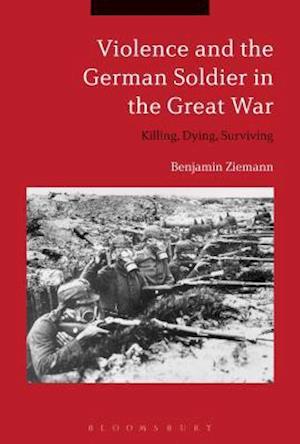 Translated into English as the Winner of the Geisteswissenschaften International Translation Prize for Work in the Humanities and Social Sciences 2015.During the Great War, mass killing took place on an unprecedented scale. Violence and the German Soldier in the Great War explores the practice of violence in the German army and demonstrates how he killing of enemy troops, the deaths of German soldiers and their survival were entwined. As the war reached its climax in 1918, German soldiers refused to continue killing in their droves, and thus made an active contribution to the German defeat and ensuing revolution. Examining the postwar period, the chapters of this book also discuss the contested issue of a 'brutalization' of German society as a prerequisite of the Nazi mass movement. Biographical case studies on key figures such as Ernst Junger demonstrate how the killing of enemy troops by German soldiers followed a complex set of rules. Benjamin Ziemann makes a wealth of extensive archival work available to an Anglophone audience for the first time, enhancing our understanding of the German army and its practices of violence during the First World War as well as the implications of this brutalization in post-war Germany. This book provides new insights into a crucial topic for students of twentieth-century German history and the First World War.