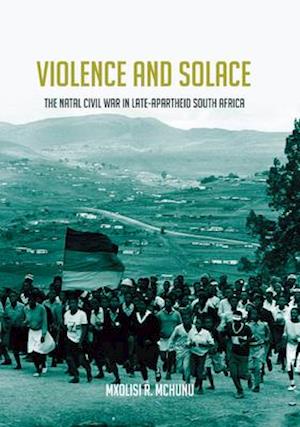 The Natal Midlands in South Africa was ravaged by conflict in the 1980s and 1990s between supporters of the United Democratic Front and Inkatha. The violence left thousands of people dead, injured, homeless, and emotionally wounded. In Violence and Solace, Mxolisi Mchunu provides a historical study of the origins, causes, and nature of political violence in the rural community of KwaShange in the Vulindlela district, one of the areas most affected by the political violence in the Natal Midlands.

Mchunu survived the internecine violence in Natal and reflects on his childhood experiences and the complex political situation in the homelands between 1985 and 1996. Threading individual and local factors with regional and national forces, he entwines autobiographical reflections with historical scholarship to explain the political violence that rocked parts of Natal. While provincial and national leaders emerge as complex actors negotiating a chaotic world with no predictable outcomes, Mchunu shines the brightest spotlight on the women and children who suffered most during the conflict. The result is a seminal work on transition violence during the twilight of apartheid.