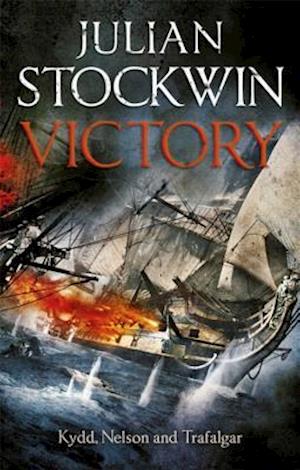 Commander Thomas Kydd is eager to play his part in thwarting Bonaparte's plans for the invasion of England. Joining Admiral Nelson's command, Kydd and his ship soon find themselves at the heart of the action that leads up to the famous clash of the mighty British and French fleets at Trafalgar. Kydd's journey takes him from false sightings of the enemy and dramatic chases across the Atlantic, to the bloody annihilation of the enemy during the actual battle, and the heroic aftermath. This is Kydd's most important adventure so far, and the most thrilling - the description of Trafalgar itself reads as freshly as though it happened yesterday, and Stockwin's trademark rich historical detail and heart-pounding action combine to bring the life the greatest sea battle in history.