- Sir Edward Watkin, One of the Victorian Era's Greatest Entrepreneurs and Visionaries 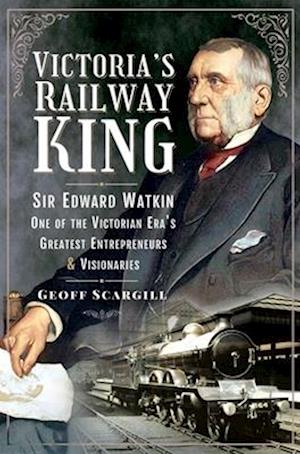 The accomplishments and initiatives, both social and economic, of Edward Watkin are almost too many to relate. Though generally known for his large-scale railway projects, becoming chairman of nine different British railway companies as well as developing railways in Canada, the USA, Greece, India and the Belgian Congo, he was also responsible for a stream of remarkable projects in the nineteenth century which helped shape people’s lives inside and outside Britain.As well as holding senior positions with the London and North Western Railway, the Worcester and Hereford Railway and the Manchester, Sheffield & Lincolnshire Railway, Watkin became president of the Grand Trunk Railway of Canada. He was also director of the New York, Lake Erie and Western Railways, as well as the Athens–Piraeus Railway.Watkin was also the driving force in the creation of the Manchester, Sheffield and Lincolnshire Railway’s ‘London Extension’ – the Great Central Main Line down to Marylebone in London. This, though, was only one part of his great ambition to have a high-speed rail link from Manchester to Paris and ultimately to India. This, of course, involved the construction of a Channel tunnel. Work on this began on both sides of the Channel in 1880 but had to be abandoned due to the fear of invasion from the Continent.He also purchased an area of Wembley Park, serviced by an extension of his Metropolitan Railway. He developed the park into a pleasure and events destination for urban Londoners, which later became the site of Wembley Stadium. It was also the site of another of Watkin’s enterprises, the ‘Great Tower in London’ which was designed to be higher than the Eiffel Tower but was never completed.Little, though, is known about Watkin’s personal life, which is explored here through the surviving diaries he kept. The author, who is the chair of The Watkin Society, which aims to promote Watkin’s life and achievements, has delved into the mind of one of the nineteenth century’s outstanding individuals.