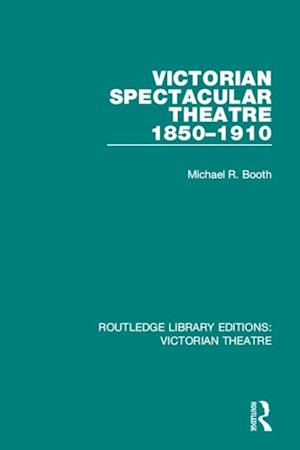 Originally published in 1981. This study concentrates on one aspect of Victorian theatre production in the second half of the nineteenth century - the spectacular, which came to dominate certain kinds of production during that period. A remarkably consistent style, it was used for a variety of dramatic forms, although surrounded by critical controversy. The book considers the theories and practice of spectacle production as well as the cultural and artistic movements that created the favourable conditions in which spectacle could dominate such large areas of theatre for so many years. It also discusses the growth of spectacle and the taste of the public for it, examining the influence of painting, archaeology, history, and the trend towards realism in stage production. An explanation of the working of spectacle in Shakespeare, pantomime and melodrama is followed by detailed reconstructions of the spectacle productions of Irving's Faust and Beerbohm Tree's King Henry VIII.